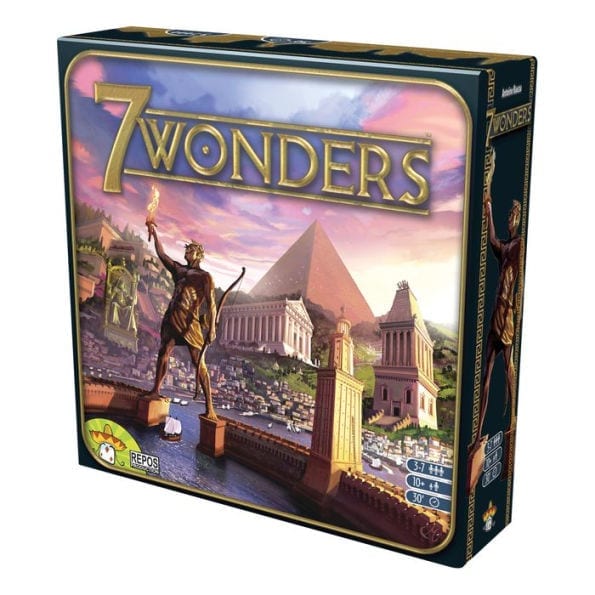 Lead one of the seven great cities of the Ancient world.
Exploit the natural resources of your lands, take part in the eternal march of progress, develop your commercial relationships and assert your military might.
Leave your mark in the history of civilization by building an architectural marvel that will transcend the ages to come.

A game of 7 Wonders takes place over 3 Ages, each using one of the 3 card decks (first the Age I cards, then Age II, and finally Age III).
These Ages are each played similarly, with each player having the opportunity to play 6 cards per Age to develop his or her city and build their Wonder.
At the end of each Age, each player compares their military might with their two neighboring cities (belonging to the players to their right and left).
At the end of the third Age, the players count their victory points ; the player with the most points wins the game.

Be the first to review “7 Wonders” Cancel reply