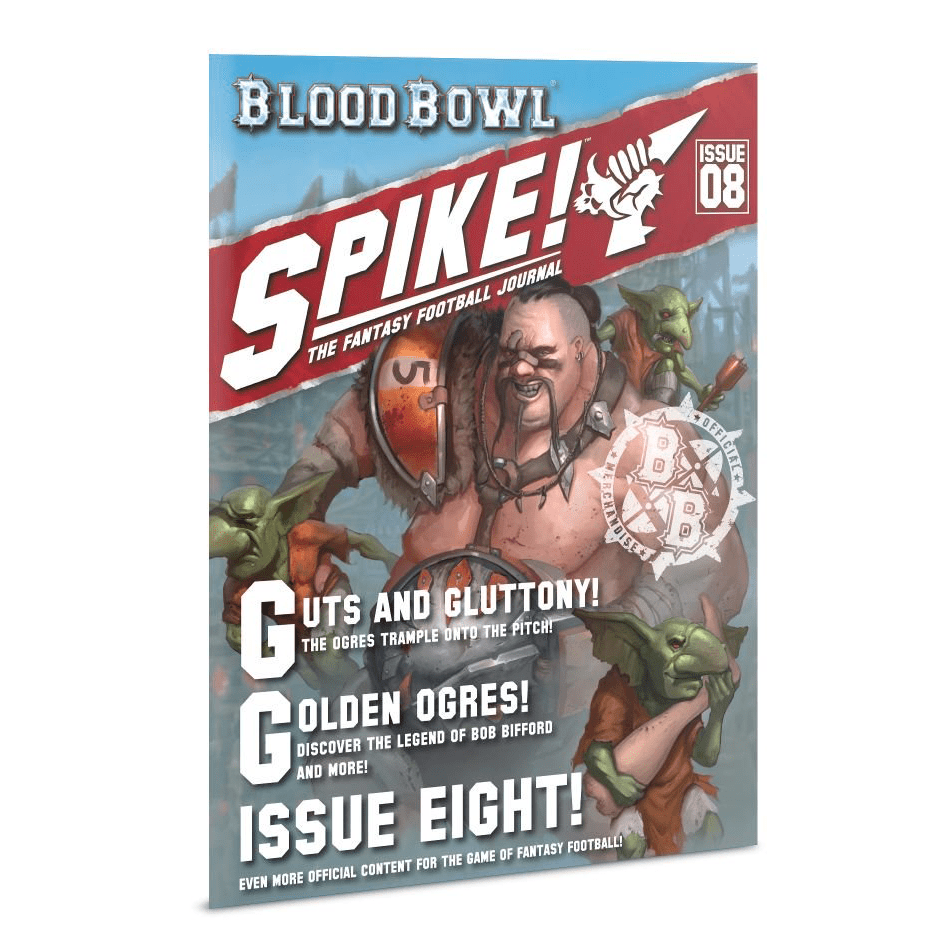 This issue of Spike! Journal is stuffed full of all the goodies you need to play these meaty beasts in your games of Blood Bowl. You’ll also find rules for hiring actual giants on any team!

– Big is Beautiful: breaking down the history of Ogres in the game, as well as the three player positions – Ogre, Runt Punter, and Gnoblar.

– Background on famous Ogre teams, including the Fire Mountain Gut Busters, plus rules, stats and profiles for Star Players.

– Star Player Spotlight: Morg ’n’ Thorg – One of the most well-known freebooters in the game, this towering brute will play for nearly any team that can afford his exorbitant fees. Learn all about his storied career and in-game stats.

– Dirt from the Dugout – Mindy Piewhistle breaks down some of the less savoury rumours about the treatment of Gnoblars on Ogre teams.

– Star Player Spotlight: Bob Bifford – You know him as the King of Commentators, but in his prime ‘the Biff’ was famous for cracking heads on the pitch – and you can hire him! Take a look at his impressive profile.

– Titanic Effort – rules to Induce slave giants on the field, just like Star Players. They’re expensive, and a little strange, but these ultimate Big Guys are worth it.

– They Think It’s All Ogre… Top tips and advice for coaching an Ogre team to victory, covering the team’s strengths and weaknesses, plus advice for hiring and leading your team successfully through a tournament season.

– Special rules and Inducements to add some flavour to your games.

– Chat with the Rat – Hackspit Quillchewer sits down with famed Ogre Butcher Gut Firey to chat about improving the state of cuisine at Blood Bowl venues.

– A special 3-page comic featuring Bob ‘the Biff’ Bifford – from Nick Kyme and Carl Critchlow – as he returns to the stadium where he played his first games. 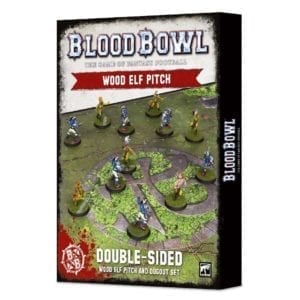 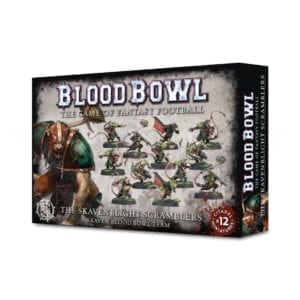 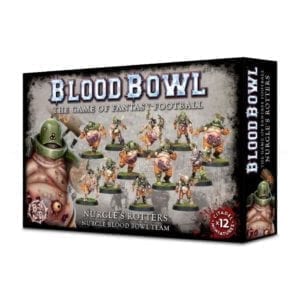 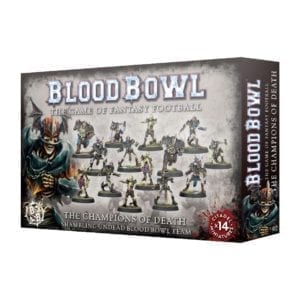