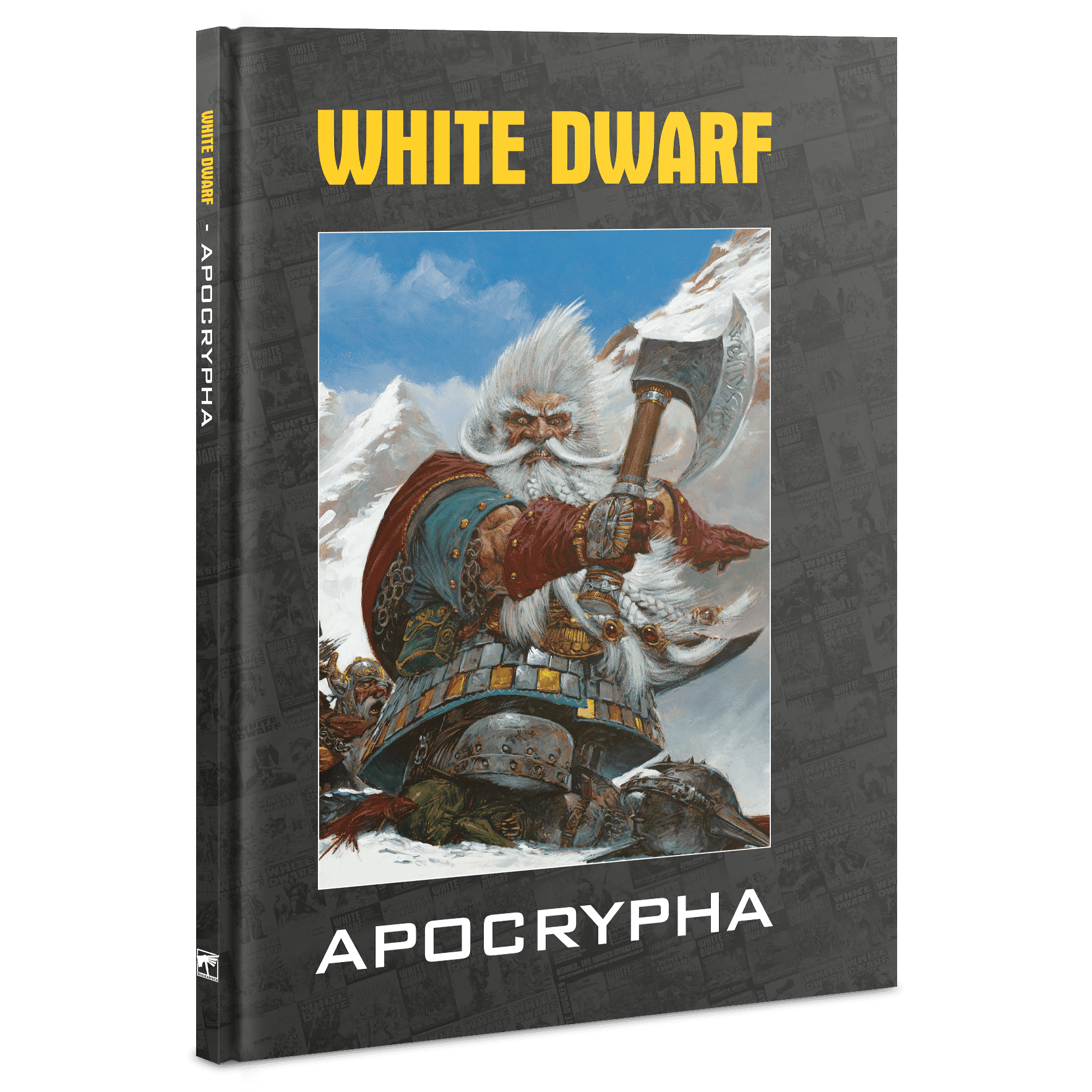 The ultimate compilation of articles from the ultimate Warhammer magazine, drawn from more than 42 years of White Dwarf!

Here’s what you’ll find inside:

Gallery of Covers
Witness the cover of every White Dwarf ever printed, from the first issue in June 1977 to the present day.

Words of Wisdom
The current White Dwarf team, plus a smattering of special guests, wax lyrical about their favourite magazine.

A Tale of Four Gamers
Catch the debut of what has become one of White Dwarf’s most iconic articles. Includes Beastmen, Skaven, Wood Elves, Bretonnians… and a bacon buttie.

Ask ‘Eavy Metal
Some of the world’s greatest miniatures painters share their advice on a range of painting topics.

Supa Grippo Tyres
For the best grip on the road, use Supa Grippo tyres – a classic advert from days gone by.

Battle Report – A Gathering of Eagles
In one of the very first Battle Reports featured in White Dwarf, the Wood Elves take on a horde of Orcs and Goblins.

Space Hulk
Relive the launch of the first edition of Space Hulk, way back in 1989.

Realms of Chaos
Famed illustrator John Blanche discusses the Chaos Gods, their servants, and the twisted realms they dwell in.

The Making of the Eldar Grav-tank
Catch an in-depth look at the design process of the Falcon Grav-tank.

‘Eavy Metal – Guest Showcase
A couple of guest painters are invited to share their work on the ‘Eavy Metal pages.

Lord of the Undead
One of the White Dwarf team’s favourite covers.

Battle for the Antioch Plains
Bretonnians and Lizardmen battle it out in this huge display board from Games Day 1996.

The Legend of the White Dwarf
Grombrindal’s history is laid bare in this comic strip.